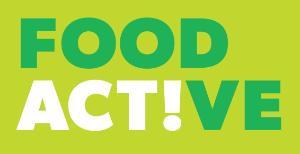 Action on Salt celebrates our 20th Salt Awareness Week on 4th – 10th March 2019. Every year since 2000, we have used this event to raise awareness of the levels of salt in food, and the effect salt has on our health. Whilst we do need some sodium in our diets, of which salt is by far the biggest contributor, we are consuming too much. A high salt diet has been shown to increase blood pressure, which in turn increases the risk of stroke and heart disease.... read more here

When we talk about processed meat, the automatic thought is ‘unhealthy’ as it’s usually associated with cheaper, greasier and fattier meats. However, processed meat can also be high in salt, an ingredient many have forgotten about.... read more here

The ancient practice of adding salt to food was primarily done for preservation and safety purposes in times when access to good quality fresh produce was sparse, and over its habitual use, we have acquired a salty preference. Through refrigeration we now no longer need salt for preserving our food, but the liking for a salty taste has now stuck for many of us, and may be difficult for some of us to ‘kick the habit’. Difficult, but not impossible.... read more here