The majority of salt in the diet comes from sodium naturally present in foods or from salt added to foods in the production processes, according to data from the National Diet and Nutrition Survey1. The chart below shows the main contributors to salt in the adult diet:

Salt added to foods by individuals during cooking or when eating (discretionary salt) is contributes approximately 15-20% to dietary salt intake2,3.

Based on NDNS data and using the assumption that 18% of total salt intake comes from salt the individual adds to food, Public Health England calculated that for the remaining 82% of salt intake, around 21% comes from sodium naturally present in foods, and about 61% from salt added to processed foods4. 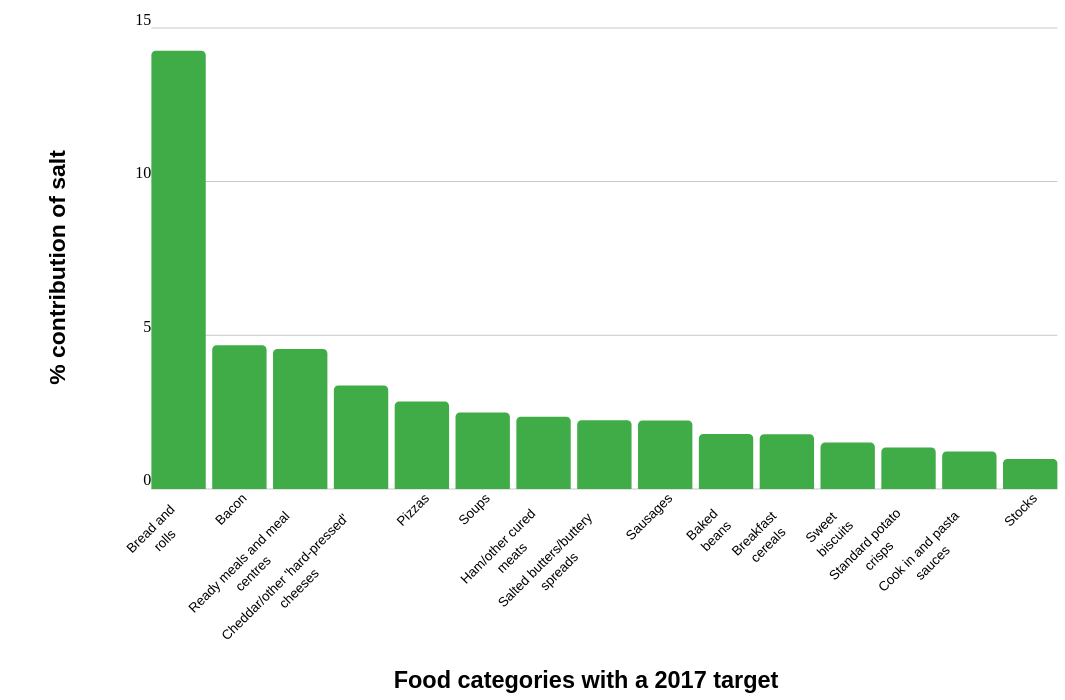