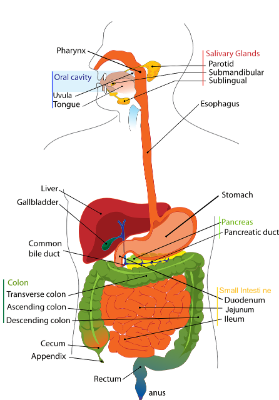 For many years it has been known that there is a relationship between chronic high salt intake and increased risk of gastric cancer. 1 in 4 cancers can be attributed to causing stomach cancer.

The bacterium Helicobacter pylori (H. pylori) is the major risk factor for stomach cancer, causing 1 in 3 stomach cancers. It can lead to inflammation and gastric ulcers which can progress into stomach cancer, and salt has been found to increase the action of H. pylori.

Symptoms of stomach cancer may include indigestion, lack of appetite, a feeling of fullness, bleeding, blood in the stools, blood clots, pain and/or sickness.

Who is at risk of Stomach Cancer?

Worldwide, almost everyone eats too much salt. In the UK, the daily recommended maximum is no more than 6 grams a day and yet the current average daily salt intake is around 8g, with many people eating more than this.

The majority of the salt consumed in the UK comes from processed foods rather than through cooking or at the table. People with, or considered at risk, of stomach cancer should take special care when shopping to ensure that they buy low salt versions of their favourite foods. This can be done by looking at product labels in store. Foods such as cured meat, bread, cheese and table sauces should be eaten in moderation, and no salt should be added during cooking or at the table.