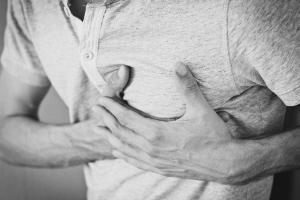 A stroke occurs when part of the blood flow to the brain is cut off. This causes a break in the oxygen supply, causing cells to die. Stroke is the fourth most common cause of death in England and Wales, with an estimated 100,000 strokes every year.

Stroke has a greater disability impact compared to any other chronic disease. The outcomes of strokes are wide ranging, but sufferers can experience paralysis, speech impediment and memory problems which can be highly frustrating and difficult for both the individual and the family.

CHD is one of the UK's biggest killer, with one in every seven men and one in every twelve women dying from the disease. In the UK, there is approximately one heart attack each three minutes.

Older people, people with high blood pressure, diabetics, people of black and South Asian descent and smokers are all at increased risk of having a stroke or heart attack.

Raised blood pressure is a major cause of cardiovascular disease. Importantly, the risk of CVD increases throughout the range of blood pressure, starting at 115/75 mmHg.

Salt is the major factor that increases blood pressure and is therefore responsible for many strokes and heart attacks every year.

In June 2010, the National Institute for Health and Care Excellence (NICE) published a report on the prevention of cardiovascular disease which highlighted salt reduction as the number one priority as a cardiovascular preventative measure. It also highlighted that we should be aiming for a salt intake of 6g by 2015 and 3g by 2025.

Almost everyone in the UK (and the rest of the Western world) eats too much salt. The daily recommended amount in the UK is no more than 6 grams a day; the current average salt intake is around 8g a day although many people are eating more than this.

It has been shown that a high salt intake, a low consumption of fruit and vegetables (which corresponds to a low potassium intake), obesity, excess alcohol intake and lack of physical exercise all contribute to the development of high blood pressure. However, the diversity and strength of the evidence is much greater for salt than for other factors. People with, or considered at risk, of stroke or heart disease should take extra care to ensure that they keep their salt intake below the recommended maximum of 6g.