What is high blood pressure?

A blood pressure of greater that 140/90 mmHg is said to be high and, at this level, studies have shown that lowering blood pressure has a beneficial effect on reducing the likelihood of developing a stroke or heart attack.

Underlying factors in the development of high blood pressure

Evidence suggests that obesity, coupled with a lack of exercise, is important factors involved in the development of high blood pressure. However, there is much stronger evidence to suggest that salt intake is related to the development of hypertension, and in particular the rise in blood pressure with age (1) , and that potassium intake has the opposite effect and may, in certain circumstances, partially offset the effects of a high salt intake (2) . Excess alcohol intake is epidemiologically related to blood pressure, but the effect appears to be transient and there is debate as to whether excess alcohol intake causes a more sustained increase in blood pressure. Other dietary factors, e.g. calcium, magnesium and fat and protein intake have also been studied but so far the results are inconsistent.

The benefits of reducing blood pressure in the 'normal' range

Epidemiological studies show that the risk of blood pressure is throughout its range, (Fig 1) starting at a systolic of 115 mmHg (3, 4), and more than 80% of the adult population exceeds this level. Indeed, the greatest number of strokes and heart attacks attributable to blood pressure occur in the upper range of normal, although the risk is less than in those with high blood pressure. The numbers exposed are much greater hence the greater number of events (5) (Fig 2). 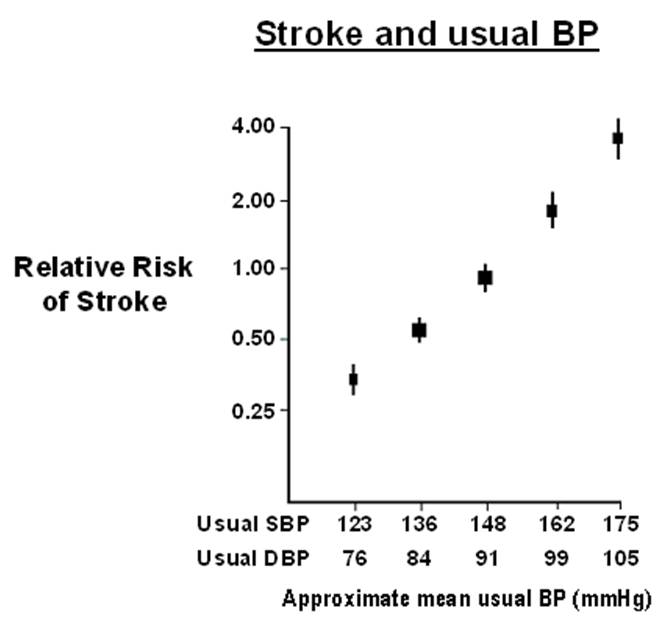 Figure 1. Relative risk of stroke in relation to systolic and diastolic blood pressure. (From Ref. 4).

Any intervention therefore that would lower blood pressure in the general population, even by small amounts, is likely to be of immense benefit in preventing both strokes and heart attacks and over a period of time would have even more benefit if it slowed down the rate of increase in blood pressure with age. Geoffrey Rose pointed out many years ago that even a 2 mmHg reduction in systolic pressure in the whole population would carry more benefit than all of the blood pressure treatment currently being given. In addition, recent studies of individuals at high risk of cardiovascular disease have demonstrated the very large benefits of reducing blood pressure even in the "normal" (average) range (6, 7) . 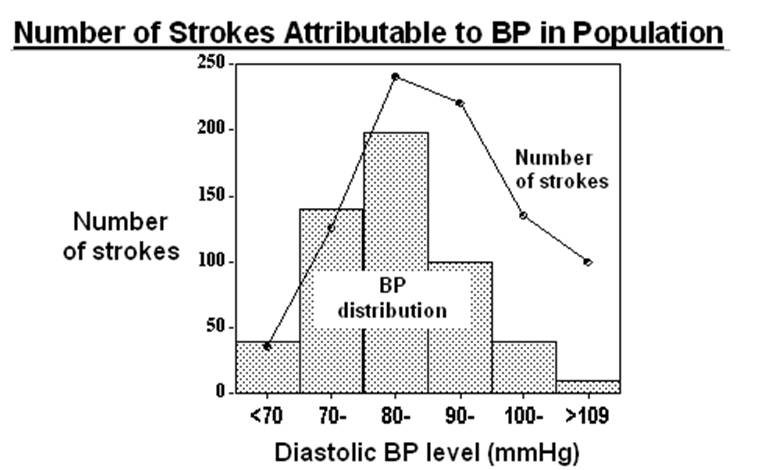 A large number of studies have been conducted, all of which support the concept that salt intake is the major factor increasing population blood pressure. The diversity and strength of the evidence is much greater than for other lifestyle factors, e.g. weight reduction, lack of fruit and vegetable consumption and lack of exercise. The evidence that links salt to blood pressure is as strong as that linking cigarette smoking to cancer and heart disease.