On a rainy evening in January 2014, I decided to watch a documentary that changed my life forever. The documentary was “Vegucated” and it explained, among other things, how animals are kept in factory farms and killed for their meat. Some of the images shown were shockingly brutal and got stuck in my mind. How was it possible that I didn’t know the extent of the cruelty? I felt confused and secretly I was trying to find some justification that would allow me to continue eating the food I had grown up to love. 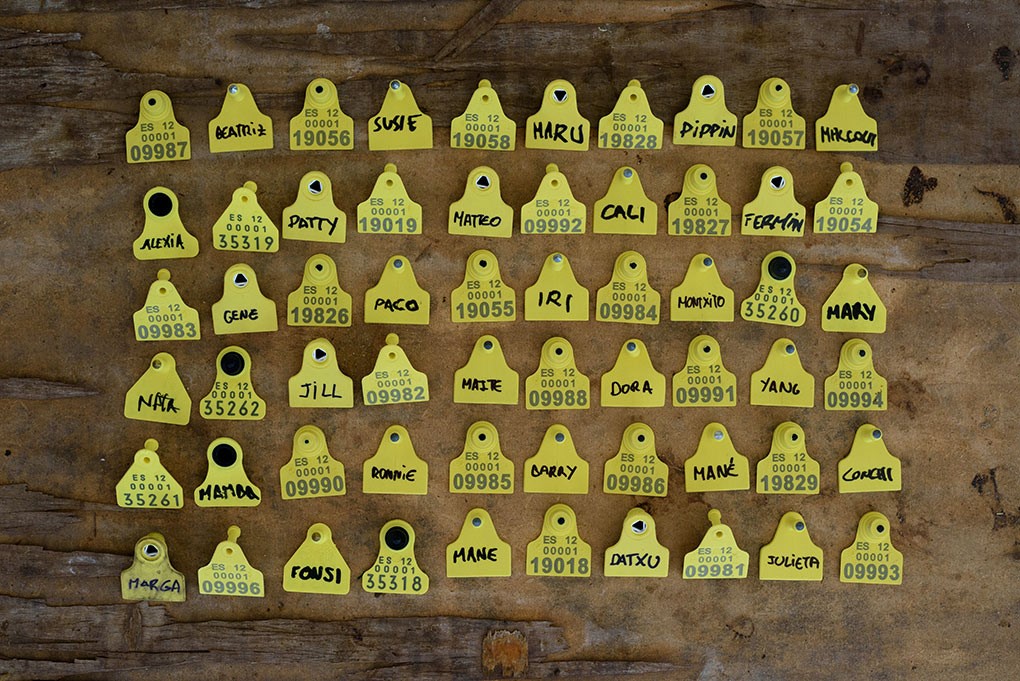 Before learning about the conditions of farmed animals, I never considered that like cats and dogs also cows, pigs and chicken have their own personality and that they can feel pain. Photo by Aitor Garmendia/Tras los Muros

Eventually, I found a compromise; I would reduce the amount of meat, dairy, eggs and fish I was eating. I bought vegetarian cookbooks and made the resolution to stick to Meatfree Mondays, and in doing so I quickly noticed an overall improvement in my health and lost some weight; I was cooking more from scratch eating more vegetables, legumes, fruit, nuts and whole grains. Gradually, I discovered new foods like soya chunks and plant-based milk, and a way of life that was more in line with my values. My journey continued as I read books like Eating Animals by Jonathan Safran Foer and watched the famous TED talk “Towards Rational, Authentic Food Choices, by Dr Melanie Joy” and other documentaries to learn about every possible aspect of producing and consuming meat. I found out that animal agriculture is a very polluting activity, contributing substantially to climate change.  I found that the meat industry is cruel not only to animals, but also towards its workers, who often suffer post-traumatic stress disorders.   Knowing all this made me reduce my meat and dairy consumption further, and where possible, I now follow a plant-based diet. This hasn’t always been easy, as options were fairly limited when eating out or when visiting my family in Naples. 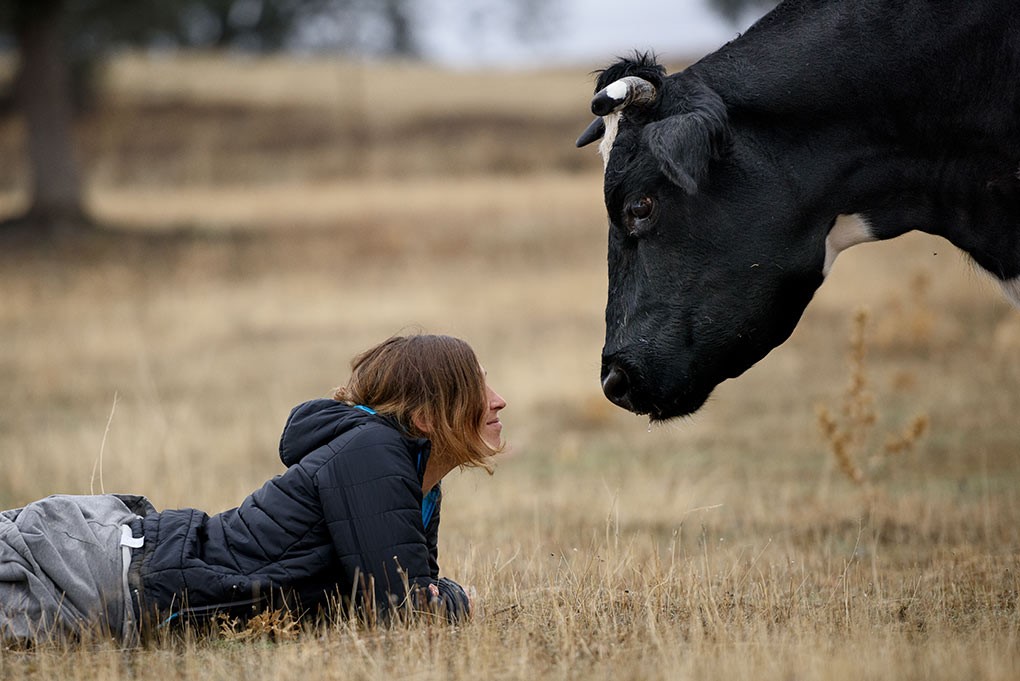 Like dogs, cows like to play and express their natural behaviours. They cannot do so when confined in factory farms. Photo by Aitor Garmendia/Tras los Muros

Whilst people are increasingly aware of what veganism is, it was relatively unheard of in my home town, and so many of my friends and family often expressed concern that I would suffer nutritional deficiencies; where will I get my protein and calcium from if I’m cutting out meat and dairy? After doing some research, I found that a lot of concerns around a vegan diet are mostly myth, and that with a bit of planning, it is possible to have a varied and tasty diet, whilst meeting all my nutritional requirements. Whilst working at the European Commission Joint Research Centre, I was involved in a programme of work looking at dietary protein and health, and found out that in the EU (UK included) we consume double the amount of the protein we need, and that vegans and vegetarians do not need extra protein. In fact, the only well-documented risk for a vegan and vegetarian diet is vitamin B12 deficiency, which can be avoided by taking supplements (I use a B12-fortified toothpaste).

Vegetarian and vegan diets are based on a wide variety of health-promoting foods such as vegetables, roots, fruit, whole grains, legumes, pulses and nuts which provide dietary fibre (which on average we aren’t meeting requirements), vitamins and minerals, fewer calories, fat and saturated fat. Consuming more of these foods reduce our risk of suffering from commons illnesses, like cardiovascular disease, type 2 diabetes and some types of cancers. According to the international panel of experts behind the Eat Lancet Report, eating less meat and dairy and more plant-based foods is a valid strategy to tackle climate change and improve public health, a win-win scenario! 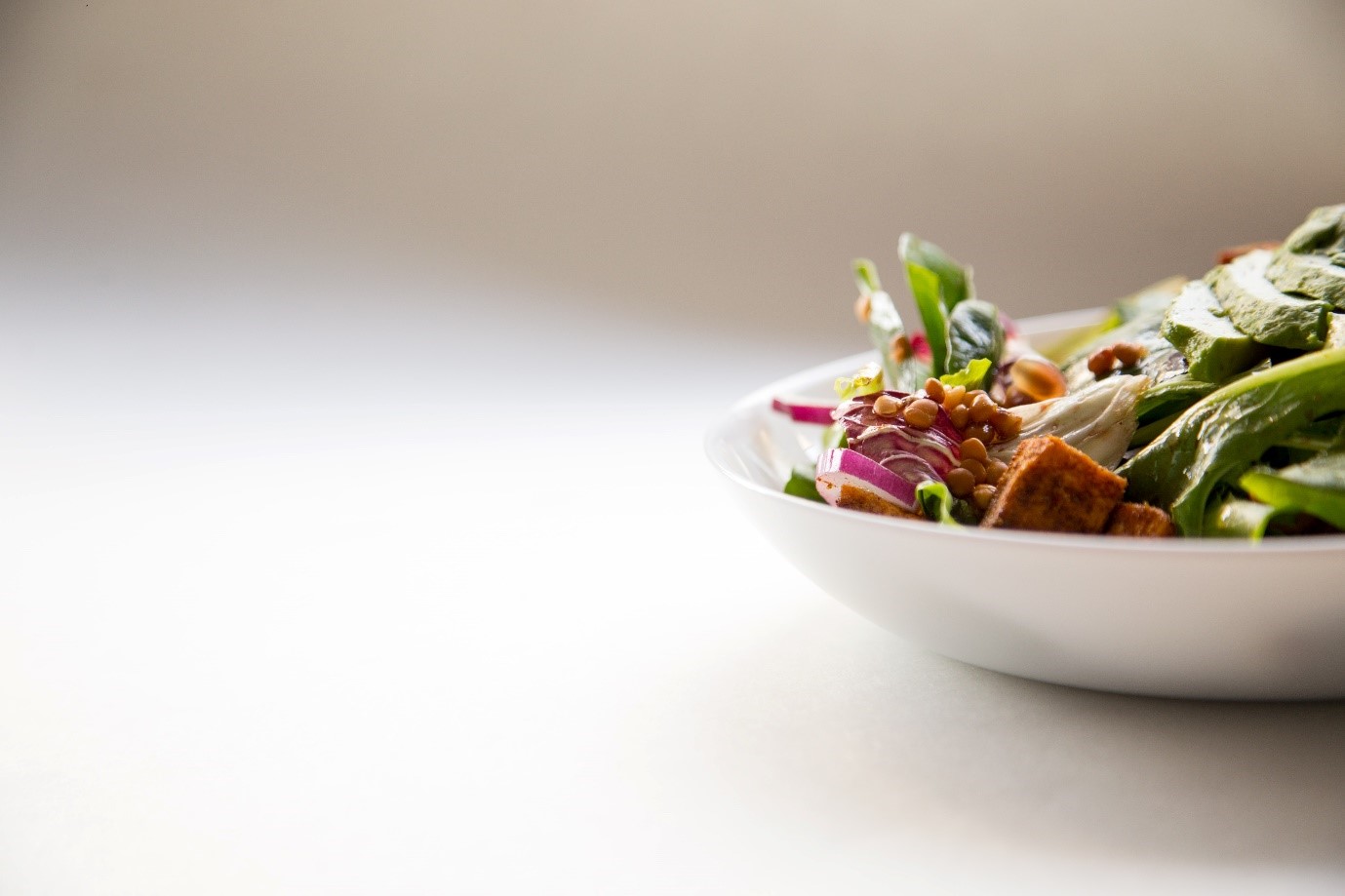 A dish containing tofu, a very versatile plant-based ingredient which can be used to prepare “vegan scrambled eggs” and even “vegan cheese cakes” or as a source of protein to replace fish or chicken. Photo by Hermes Rivera on Unsplash

Veganism is currently a hot topic, particularly among the younger generations who are more health and environmentally conscious consumers. “Alternative” or “faux” version of burgers, breaded chicken, meatballs, and dairy products are increasingly available on supermarkets shelves, and the out-of-home sector is also adapting by providing a wider variety of tasty and convenient plant-based meals, meaning being vegan has never been so easy, at least in big cities. Having increased availability of such foods is the first step towards a more cruelty-free and greener food system, but unfortunately this doesn’t necessarily automatically translate to a healthier food system.

A recent survey carried out by Action on Salt (link) showed that plant based foods served up in restaurants have an unnecessary and astonishingly high salt and saturated fat content.  One might assume that salt is needed for taste, as vegan food has a reputation of being tasteless and lacking interesting textures, but this is just one of those many vegan myths and anyone who disagrees with me is welcome to try my homemade crunchy soy Bolognese with tagliatelle aromatised with white wine and rosemary. Flavour shouldn’t just come from salt, and provided food is made with fresh ingredients (as I hope most restaurants do!) then chefs should rise up to the fun challenge of making delicious food that won’t put you at increased risk of suffering from a heart attack or stroke.

With my vast experience in nutrition, I know that home-cooking and checking food labels when shopping is the best thing one can do to have a healthy diet. But not everyone studies nutrition to degree level, and very few have the time, access or ability to cook everything from scratch. The food industry can play a very important role in providing food that is kind to the animals, to the environment and that is healthy whilst still being profitable. A growing number of people in the UK are trying to eat less meat and the food industry is responding by providing tasty alternatives; as a vegan this makes me happy and hopeful for a better future. If we strongly demand healthier foods, I am sure that the food industry would provide us with delicious, vegan, and healthy food. One piece at the time, we can all do our part to fix our broken food system.

Roberta is a dietitian and a public health nutritionist. Since graduating in dietetics in Italy, she worked for some nutrition education and weight management programmes in East London. In 2015, she obtained an MSc in Nutrition for Global Health at the London School of Hygiene and Tropical Medicine. Soon after, she joined the Nutrition Team at the European Commission Joint Research Centre where she contributed to the development of the Health Promotion and Disease Prevention Knowledge Gateway. Since 2016, Roberta has been part of the Expert Panel on Nitrogen and Food and has been working on several projects on sustainable diets and food systems.

At the moment, Roberta’s main research area is fat reformulation as a strategy to reduce calorie intake and obesity in the British population.