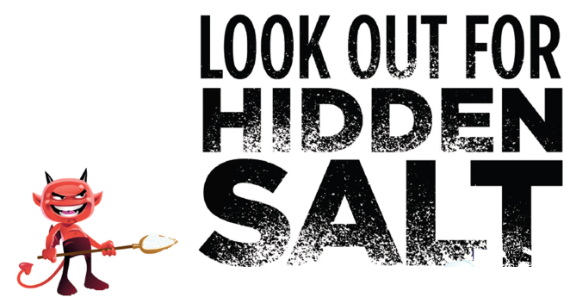 Our 17th National Salt Awareness Week was held on Monday 29th February - Sunday 6th March 2016, when we celebrated 20 years since we first set out our fight to reduce salt in the UK diet and improve public health.

Many people now know that eating too much salt is bad for their health and are actively looking to cut down. This is in stark comparison for a few years ago, when the dangers of salt on health were unknown to the general public. Thanks to efforts of the food industry, government and health organisations like CASH, salt is well and truly on the health agenda across many countries worldwide. As such we highlighted the great achievements that have been made in that time, with a number of food groups having up to 50% less salt now than 10 years ago!

With that said however, the UK is still well away from the maximum daily salt limit of 6g, highlighting a need for more action. Many foods still have lots of hidden salt in them - even foods that don't necessarily taste salty. We all have a responsibility to read the labels and choose foods with less salt, but it is down to the food companies to provide us with low salt options! Equally it is much harder to eat less salt when eating out in restaurants and ordering takeaway, so with that said, for this years Salt Awareness Week we asked all companies to think with their hearts and add less salt!

A House of Commons Reception took place on Wednesday 2nd March 4-6pm where members of industry and parliament were encouraged to join and discuss the future of salt reduction in the UK.

During Salt Awareness Week we called for more action from everyone; government, the food industry, catering sectors, health professionals and the general population. We can all do our bit to #EatLessSalt